A dog named Hermione was abandoned in a South Carolina forest where she lived for a year when one day she stepped on a rusty coyote trap. Animal Control and the local police tried to rescue her for five days with no luck, so Hope For Paws stepped in to help. 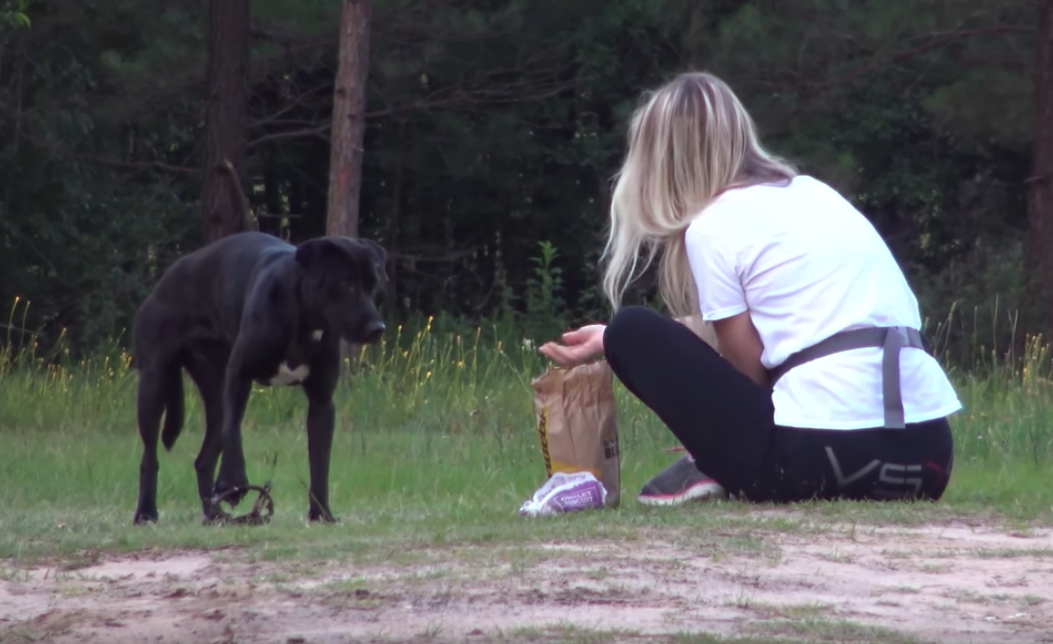 When they arrived, Hermione was very accepting of food but very wary of people. She kept licking at the wound on her foot as she ate some food then took off back into the woods. Rescuers would need to capture her with a net.

The net trick worked, and rescuers then secured her with a gentle snare. They let her rest and calm down for a bit before loading her up into the vehicle. Then the dog was rushed to the hospital. Hermione was sedated so that they could remove the trap, and they also discovered she had heartworm. After six long, painful days, the trap was finally off! 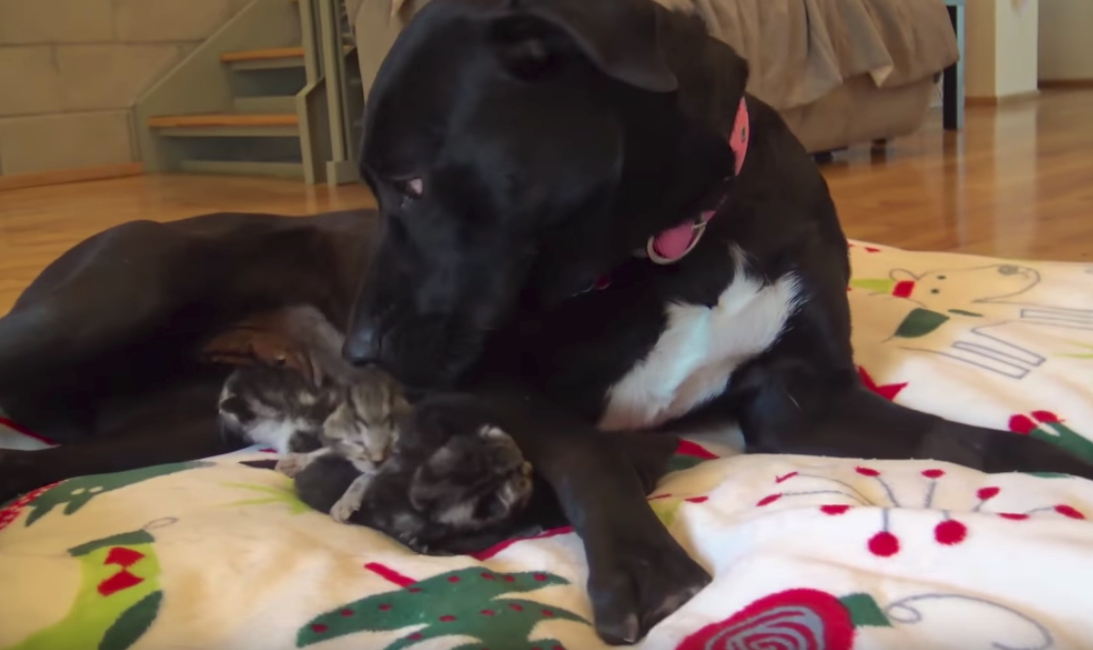 They stayed an extra day with Hermione to make sure she was medically stable to travel. During the next three days on the road, they’d stop at local vets to get the dog’s bandages changed and to make sure to keep her comfortable. When they finally arrived in Los Angeles, they knew Dr. Robert Olds could save her leg.

And that’s exactly what he did! It’d take a few months to completely recover, but in the meantime Hermione would foster some kittens! Today, Hermione’s leg functions as normal, and the sweet dog is looking for her forever home!